XI CHEN
7 | 4m23s | 2015
​I set up a closed world consists of Snow White, apple tree, and Newtonian mechanics, after then I walked away. All movements were done automatically by the physical algorithm and the sound parameters were adjusted in accordance with Apple's flying speed.
​https://vimeo.com/147320923
Guo Guo | 5m11s | 2017
​The sound of Long-horned grasshopper(Guo Guo) was like the sound of ("kingdom"). Before the end of the Qing Dynasty, Guo Guo was breed only for the emperor as his secret toys. Guo Guo symbolized the invisible power of the Emperor. The monopoly of the Guo Guo was more often recognized as the emperor’s dominant force over people. This animation will directly replace the insect-shaped Guo Guo with the human form, also the experience of breeding Guo Guo will be transplanted to the new human form.
https://vimeo.com/224880819 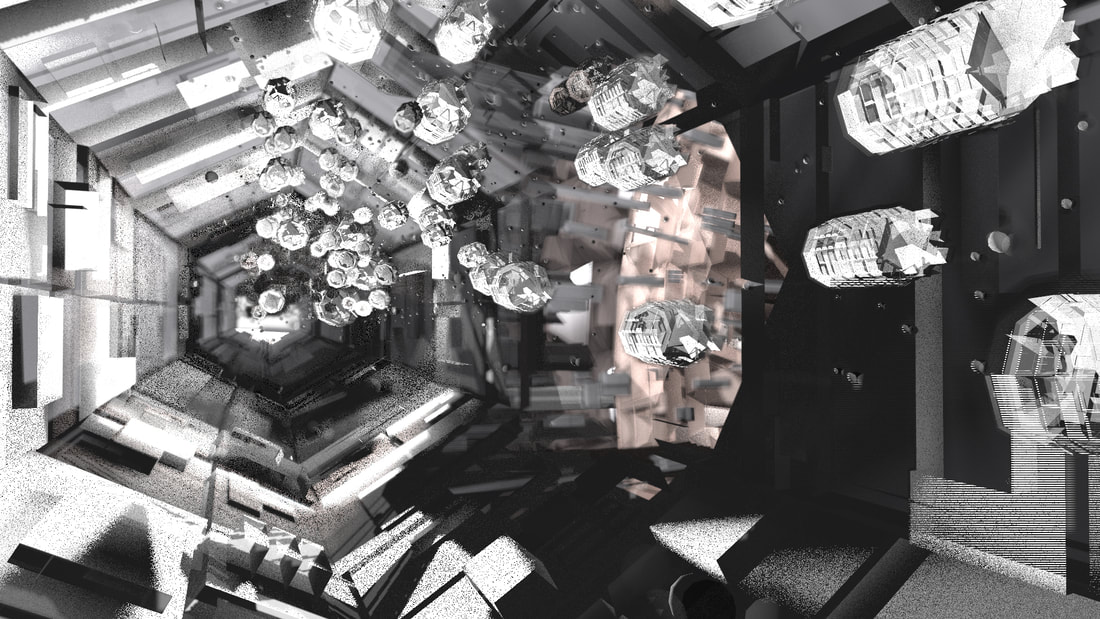 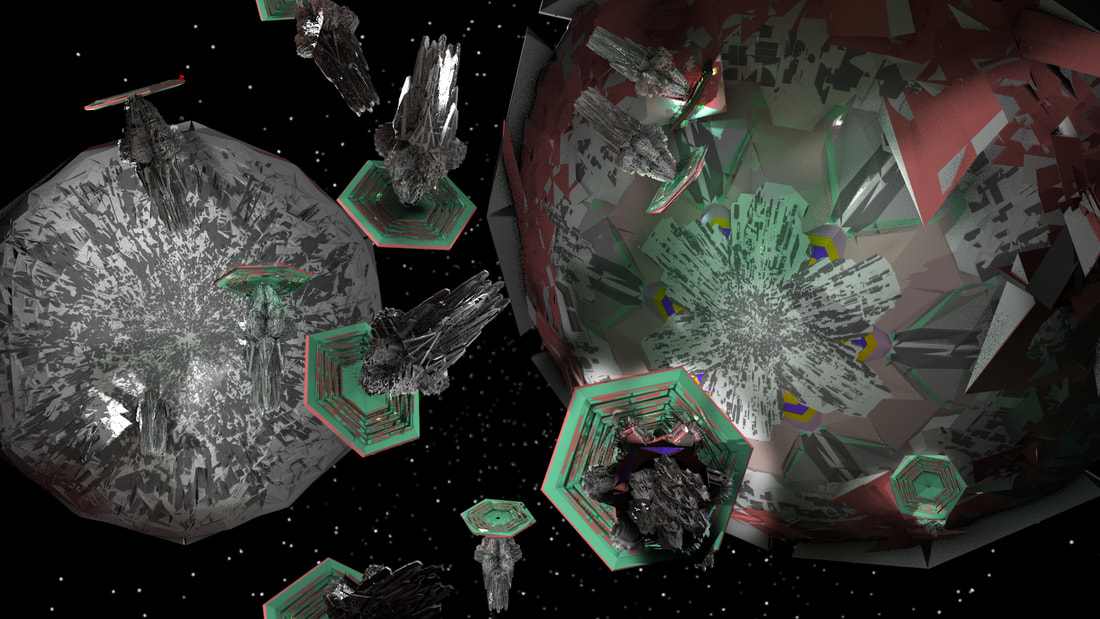 Pew - main image01
PEW | 10m11s | 2016
This film introduces the evolutionary history, breeding mechanism and role of PEW in the human history, and analyzes the sociological mechanism of reciprocity PEW-human system.
​https://vimeo.com/150782740
Painting Collapsing | 7m47s | 2015
Was there a painting that can be appreciated by intelligent beings from both dimensions? To answered the question, the film first showed us how the 2D beings sense the 2D world. They used some kind of energy wave to "watch" (scan), it's called "Horizon Flow". Later, this film used 3D animation to show the scene of a 3D object A is falling into a 2D plane. Elements from object A would spread in the X Y plane and the differences in Z-axis would have to be converted into the language of X Y, that the different elements can not be connected. In the logic of the 2D world, two different elements can not be connected. If connected, it must be a single element. They could not have overlap either, overlapping implied the existence of a Z-axis. So far, the film came to a conclusion, to make a painting appreciated by both dimensions, the painting could be painted with only one layer of paint with rich elements and spaced apart.​
https://vimeo.com/149556421
i am your voices | 7m | 2015
I filmed a series of urban scenes which was less urban, and then used the sound (mad dogs, birds, insects, windy leaves, flies globs) in that scene to drive the growth of a digital object, then blended that object into the scene that generates it. At last, I muted the sound of the video,  because the sound is already in it.
​https://vimeo.com/135722710
DOn't catch me | 1m39s | 2017
This hand paint animation was about grief and loss, and experiences of vulnerability.
​https://vimeo.com/416638952
Chrysanthemum | 1m3s | 2020
​https://vimeo.com/407485730
Waiting With Eggs |​ 1m7s |2020
https://vimeo.com/451813892
Proudly powered by Weebly